Unlike many more fortunate gamers in the mid to late 90’s, I did not own a Super Nintendo console in my younger days. But I did have its main competition, the Sega Genesis. Too bad I didn’t play it very much – but I had good reason.

Our poor little Genesis was a hand-me-down, previously owned by my half-brother. He’s about 10 years older than me, so by the time I got it the console was pretty worn out – it sometimes had trouble loading games, and its only working controller sometimes wouldn’t register my button presses. My half-brother had also sold all the good Genesis games we had, so I was left with a handful of mediocre games:

Budokan – a boring martial arts themed fighting game; if you mashed buttons and tried to beat up your opponents quickly, you would expend too much “energy” and would be penalized for it. 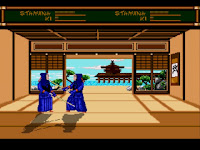 Block Out – a block-dropping game using a distracting pseudo-3D perspective. I only saw it once because it was the only time it ever loaded, and even that memory is fuzzy. 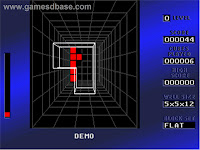 The Immortal – a violent medieval dungeon crawler so brutally difficult that I gave up quickly. 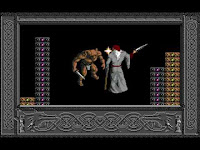 Zany Golf – another game that never loaded, but from the cartridge artwork I imagined it was quite zany. 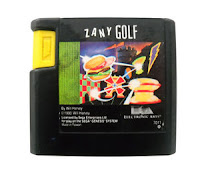 The best Genesis games I had were Sonic the Hedgehog, Teenage Mutant Ninja Turtles: The Hyperstone Heist, and Castle of Illusion starring Mickey Mouse. While all these games were fantastic, the combination of their difficulty (at the time) and my aforementioned wonky controller resulted in not much progress. But I’m not going to review those games (yet), I’m going to review the games I had that really drew me in and that I still enjoy to this day, but nowadays seem to be nearly forgotten – first up is Rings of Power. 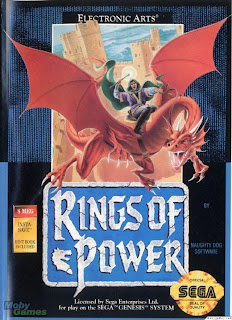 Rings of Power was released for the Sega Genesis/Mega Drive in 1991, and was one of the earlier games produced by Naughty Dog – a company that would later become famous for developing the Crash Bandicoot, Jak and Daxter, and Uncharted series. It’s basically an open-ended western RPG with an isometric perspective.

You play as Buc, a young sorcerer whose average day of training suddenly thrusts him into a quest to save the world. You are charged with gathering a group of noble companions and searching for the fabled 11 Rings of Power, which together form the Rod of Creation. Brought to the seat of the local benevolent deity, Nexus, its power will defeat the evil god Void and bring about another Golden Age in the world of Ushka Bau (yes, that’s the world’s name).


As I said, this game is VERY open-ended. In fact, pretty much the entire world is free to explore as soon as you start the game – not that you’ll get very far. Every type of random enemy encounter is also available from the beginning, so it’s pretty likely you’ll run into rabid bears, roving bandits, killer gremlins, and even tax collectors if you wander around outside too much. And they will very likely kill you – I know it happened to me at least once back when I played it on my console. As a result, you’re extremely vulnerable until you get at least one or two more party members.

Combat itself is fairly simple – combatants take turns advancing, attacking, then retreating. When one of your characters turns come up, you choose a command and watch what happens. There’s a teensy bit of strategy in here though, since you can set your party to be more offensive but also be more likely to be attacked, or be more defensive and deal less damage.


Speaking of party members, don’t worry about the traditional character archetypes found in nearly every other RPG in existence – everyone in this game uses magic. All your characters learn spells (which must be purchased) and spend magic points to cast them, so that simplifies things a bit. Too bad the spell system isn’t terribly balanced – some spells are flat out more powerful and useful than others, resulting in you spending too much money on spells that aren’t.


According to the manual and in-game introduction, everyone in Ushka Bau specializes in one of the Six Arts, and when your party is complete, you’ll have a member for each of them. The Six Arts in question are Mind (sorcerers), Body (necromancers), Separation (knights), Force (archers), Summoning (conjurors), and Change (enchanters). *If you’re wondering about the lack of clerics or priests, necromancers fill in the healer role for this game (ironically), since they specialize in manipulating the forces of life AND death*

I think this is one of the most fascinating aspects of the game, since each of the Arts has its own theme, symbol, philosophy, and major city, home to its greatest masters, their students, and supporting citizens. They even have their own life motto when you speak to them.

In fact, talking to all the NPCs in the game is quite enjoyable, plus it’s the only way to figure out what to do next. You’ll meet average citizens, sneaky bandits, paranoid guards, wandering merchants, hermetic mages, and loonies that channel the spirit of a disgruntled programmer (I’m not kidding, it’s hilarious).
You have several things to ask people about, like their “Job”, their “City”, their magical “Class”, or information about your “Quest”. If none of those work, you could always try to “Show” them a certain item, “Bribe” the information out of them, or even “Fight” them for it. In fact, you could very well go around killing random townsfolk for money and experience, but don’t expect the rest of the town to ignore your actions – you’ll earn yourself a bad reputation and everyone in town will start attacking you when you try to speak to them, including characters important to your quest. If you kill anyone needed to activate certain events, the game can become unwinnable. So yeah, don’t do that.


Another interesting aspect of the towns in this game is their trade goods – some items will sell for a lot more money in one or two certain towns than anywhere else. For example, in the conjuror city of Perfection, asking the citizens about their “City” reveals that their main export is flower bouquets, and there is high demand for perfectly formed crystals. If you can find the town that sells crystals and get some, you can come back to Perfection and sell them for a LOT more gold than selling them anywhere else. Between this and respawning treasure chests in certain areas, getting money and rare items is fairly easy, albeit time-consuming.
And you’ll need all that money, because I forgot to mention that you need to buy food and water constantly to keep your party alive. Walking around causes them to deplete, the amount spent depending on the type of terrain you traverse. Stick to the roads for an easier time – you’ll spend less resources and be able to use the Auto button to make your character follow roads quickly and automatically. You can also purchase vehicles that consume a fixed rate of food and water – Dinos for quick land travel, Boats for shallow water, Ships for the deep ocean, and Dragons that fly over everything but blow through your rations like nobody’s business.

So in case you couldn’t tell, this game can be pretty hard without either a guide or the patience of a saint. The in-game explanations for where to go and what to do can be rather vague, even with the inclusion of a coordinate system. Once you start questing for the 11 Rings, things can get a bit messy if you don’t keep track of what you have to do – even into the 90’s these kinds of games still expected you to write things down on paper. Which isn’t hard by the way, you kids complaining about the lack of a Quest Tracker have it too easy. If you have the original console game like I do, the instruction manual includes a step-by-step walkthrough in the back for when you get stuck; if you don’t have that, it’s a simple thing to just look up a guide on the Internet.
The quests themselves are pretty interesting – after completing your party you’ll have travelled through most of the world and gotten a feel for it, and probably already have a few hints for how to go about finding some of the rings. Some quests are shorter and easier than others, and some quest lines overlap with each other a bit. You’ll be liberating oppressed swamp gremlins, discovering isolated cities, breaking into a guarded fortress, finding treasure in a sunken ship, and solving the occasional puzzle. There’s not a whole lot of puzzles in this game, but they’re kind of tricky because of the game’s slowness and isometric perspective.
The world of Ushka Bau is quite well-developed and written, and the importance of your quest is well-presented – upon waking up from sleeping at an inn or a camp, you’ll sometimes get a vision of Nexus advising you on your holy quest, or a vision of the evil Void discouraging you. In fact – and I don’t know what causes this, it’s only happened to me once – there’s a chance that while you walk around minding your own business, Void will randomly show up and kill your ENTIRE PARTY, and you have to start over from your last saved game. What an asshole!

Each god even has their own churches and followers, the Red and Black Priests respectively, who will be either a big help or a big obstacle in your journey. And at the end of it all, you’ll climb up to the seat of Nexus and come face to face with that big bad Void himself for the final showdown. It’s pretty cool.
I also have a soft spot for the music, I think it’s pretty good overall, but it does have the distinct ‘tinny-ness’ of the Genesis’ sound chip which can be grating on the ears at times. Music tends to be heavily opinionated, so your mileage may vary.
Anyway, I think I’ve rambled on long enough about this game. If you’re a fan of RPGs in the style of Wizardry or Bard’s Tale, or a fan of the Genesis/Mega Drive console, give this game a whirl. Give it a good chance, bring a guide if you have to, you may be pleasantly surprised. Just remember, to quote Nexus himself:
“Save often and you will often be saved.”

Cool People You Should Check Out